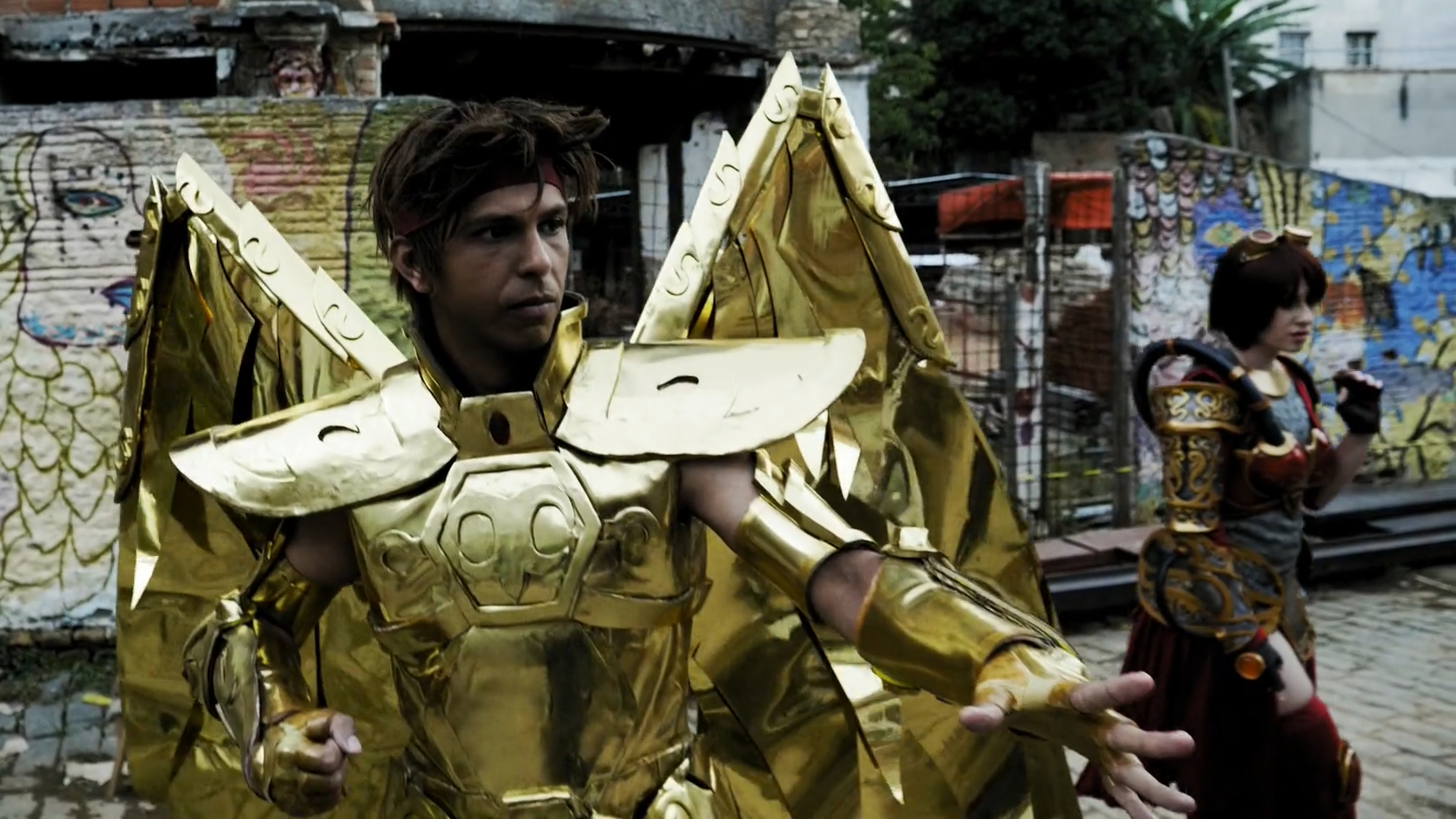 INTRA COS engages with the images and narratives of the global universe of cosplay culture and it’s
local practices in Sao Paulo. In cosplay culture people transform into characters from popular Anime films and computer games, thereby pointing towards contemporary forms of identification and subjectification, in the framework of global media culture. Age old traditions of animism characterised by instable borders between humans, animals, machines and fantastic creatures interconnect with the symbols of late capitalist consumer culture and the specific experimental craft of costume production. The film was shot in collaboration with six of the best cosplayers in Brazil, all of who are well known for the elaborate production of their unique costumes and it is set in the historical environment of the Vila Itororo.